Jiri Vojta is a versatile movie and theatre actor, presenter and percussionist, originally from western Bohemian region, Czech Republic. He has graduated from a Higher School of Acting in Prague in 2008 and immediately he was offered a permanent engagement in The A. Dvorak Theathre in Pribram. He was also a guest actor in Rokoko Theatre, Divadlo na Vinohradech and in the 3D Company.

His famous theatre characters are: D'Artagnan, Algernon Moncrieff in Oscar Wilde's play The importance of being earnest, Lysandr in A Midsummer Night's Dream, Kochkaryov in Gogol's play Marriage, Clancy in Rose's Dilemma by Neil Simon, or Julien Sorel in Stendhal's The Red and the Black.

His film career began in 2013 when Petr Nikolaev offered him to star in Cyril and Methodius – The Apostles of the Slavs. He won three awards in various film festivals in USA for his main character (Adam) in About a Father directed by Roman Nemec in 2017. Lately, he plays a character of Pepa Kabrt in an ambitious film Zlaty podraz by Radim Spacek.

On top of that he appeared in many TV series and was also casted by foreign movie production to star for example in south Korean Ode to my father, German Landgericht, French Les Visiteurs: La Révolution and Chinese The Diary. He is also well known as a dubbing actor.

Theatrical performances, where you can see Jiří Vojta at this time: 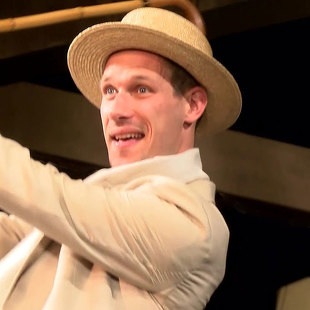 Be my baby - Buď moje bejby About a Father Detail